As per the traffic management plan no vehicle would be allowed beyond the market square towards the Jagannath temple while parking of vehicles would not be allowed between the hospital square and Badasankha.

All light vehicles and two wheelers will be allowed to proceed to Puri from Bhubaneswar on NH-203 and may be parked at designated parking places in/around Puri Town. All the incoming tourist buses to Puri along the Puri-Bhubaneswar NH 203 would be parked at the new Malatipatpur bus terminal. Light and medium vehicles would be allowed to park in Talabania temporary bus stand. Brahmagiri bound vehicles coming by NH would be allowed to ply via Jatiababaji chhak and Harijan Sahi. The two-wheeler parking place could be made near the near the town police station area along the Bada Danda. 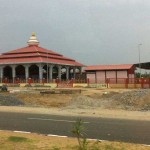 All buses including regular route playing buses, inter- state buses, tourist buses, contract carriages and stage carriages coming to Puri shall be diverted to new bus stand at Malatipatpur and shall not be allowed to move towards Puri. The bus-stand will accommodate 700 buses and have facilities for 65 toilets and six restaurants. It will be managed by Orissa State Road Transport Corporation. This Bus Terminus will encompass waiting rooms, toilets, restaurants, computer ticket counter, commercial complex and other facilities. The new bus terminus is located close to the Malatipatapur Station to facilitate transportation. The state government has decided to offer free transport service to pilgrims from the newly constructed bus terminus at Malatipatpur to Puri during the Nabakalebara festival scheduled in July. 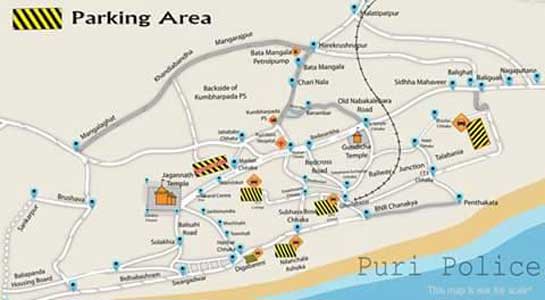